For long time gun owners, this will be a short overview. For people trying to decide on their first firearm however, this information will be necessary to understanding the rest of the analysis.

Shotguns are generally smooth barreled guns that fire shells containing small pellets that scatter as they leave the barrel. The scatter is not as ridiculous as it is often portrayed in video games, but it is significant.

Rifles fire bullets through rifled barrels. The rifling, or spiraling, in the barrel catches on to the bullet and causes it to spin which increases range and accuracy. They are useful from medium to long ranges and come in many forms from slow and precise bolt action rifles to rapid firing semi-automatic rifles. 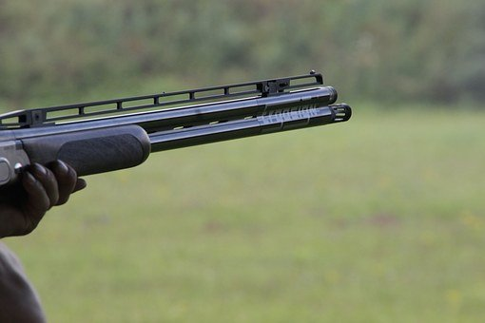 People use shotguns and rifles to hunt various animals.

Shotguns are used to hunt fast moving targets like quail and rabbits. They also pack a punch which can be used to go after physically intimidating animals such as black bears and grizzly bears. Due to the smooth barrels and the spread of the shots, they are mostly useful for short range hunting. There are rounds called slugs which fire a single projectile. This can increase the effective range, but not beyond that of a rifle.

Rifles are better for hunting targets at long range. Deer, moose, and other large animals need a precise shot to go down. Various calibers allow rifles to be useful against all kinds of animals. A .223 from an AR-15 can be used to take down a deer. However, big game hunting requires big bored rifles. There are rifles designed for precise shots at the longest of ranges and others designed to take multiple shots at a time. Rifles are also better for young hunters. .22s and pellet rifles do not pack more heat than a child can handle, and pellet rifles lack the stopping power for them to seriously injure themselves or anyone else. Quality pellet rifles that are accurate, easy to handle, and will never misfire can be purchased for young hunters to hunt their first squirrels and small birds. This means there is a rifle for most situations.

So, what’s better? In my opinion, rifles get the nomination for the best at hunting. There are definitely times when a shotgun is the best choice, but if we’re picking a winner, it has to be rifles for the wider array of situations where they are better suited than shotguns. 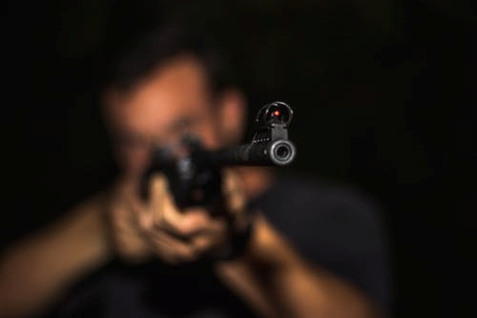 The second amendment is crucial to the American ideal of liberty and being able to protect yourself and those you love is part of that.

When people need to defend themselves with a firearm, there are two broad situations they find themselves in. They may be somewhere public, but pistols are generally the best option for daily carry unless you want to lug your long gun around the town square.

Let’s consider how a shotgun and a rifle would fare while defending your home.

The type of rifle would matter. A bolt action rifle is not ideal for home defense. You would want something easy to handle and with the ability for rapid fire. A semi-automatic rifle or a lever action rifle would be better choices. However, even with the ability to fire shots in quick succession, rifles are best when you are carefully picking your shots. If your home has been invaded, you may not be in a situation to carefully pick your shots. You will likely be stressed and lack proper vision. The spread out shot of a shotgun will fare better here. You still have to aim at the target, but precision is not as key.

Also, rifle rounds can travel through the walls of a house and land on unintended targets. A shotgun blast will be safer for people in other rooms or nearby houses. In general, shotguns would be preferred for home defense.

Firearms as a Hobby

Two of the main purposes for owning guns are defending oneself and hunting. However, there is no denying that another benefit to owning guns is having fun.

While guns are tools, are they really no different than a screwdriver laying on a workbench? Firearms are also part of a hobby. People are going to gravitate towards different firearms, so there is a lot of personal preference involved. However, one way to differentiate the two is by the options they provide.

Shotguns come in two basic forms: pump-action and semi-automatic. The different types of rounds, from buckshot to birdshot, do not drastically change the shooting experience. Skeet shooting competitions are a great way to liven up the action, but that’s about it.

There are a ton of different rifles to choose from. Semi-automatic rifles offer precision and the fun of a 30-round magazine. The AR-15 on its own offers its own hobby, as shooting enthusiasts take pride in building their custom ARs in any variety of ways. Lever action rifles offer a very tactile shooting experience that harkens back to the days of outlaws. Bolt-action rifles offer shooting over incredibly long distances which requires significant amounts of skill.

When it come to firearms as a hobby, rifles win due to the diverse range of experiences they offer.

So which is it, Rifles or Shotguns?

Rifles were determined to be better for hunting and to offer more to the hobby of shooting. Shotguns did win in the “self-defense” category.

Regardless of the scoring here, different guns are perfect for different people and different uses. Overall though, rifles have come out on top.