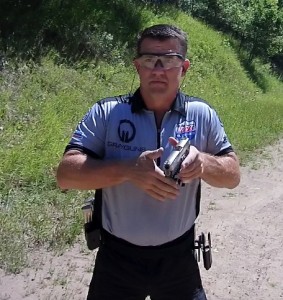 TALON Grips welcomes new ambassador, Tony Caspers.  Tony has served in law enforcement on a large city department for over 25 years and has over 22 years on the departments SWAT team. He has served in the uniform patrol division, Street Crimes Unit, Narcotics Unit, ATF Weapons Task Force, K-9 Unit, and Special Operations Division/SWAT.

In SWAT he has served as a senior operator, Team leader and SWAT \Supervisor on the Entry Team. Tony has served over 1500+ high risk warrants/SWAT call outs and specializes in CQB team tactics. He is now the Range Master for his 950 officer department.

Tony also competes and has had regional and national shooting titles.  He also competes in national and international tactical SWAT competitions including sniper and SMG competitions. Tony is a Master Class shooter in USPSA and is a life NRA member. 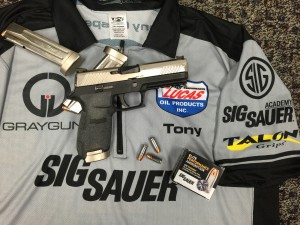 Tony was also was the Winner of the made for TV reality show “Elite Tactical Unit” series where SIG SAUER was a major sponsor.

Tony’s quote about TALON Grips: “I have used many different grips over the years operationally and competitively.  TALON Grips has had the best fit and durability I have ever used.  They are a must have on my duty and competitive weapons!”