We live in a time where almost anyone can own a gun – provided they are in the right state of mind and do not have any prior criminal record. If someone living in a dangerous neighborhood would feel safer with a gun in their safe or their bag, there is no reason why they should not be granted concealed carry permit.

Still, when you are buying a gun for self-defense – and not just as a hobby – the chances are that you will not know exactly what type of ammo to choose for your gun. Granted, while every type of ammo can lead to heavy damage once it hits the target, they all leave a different kind of damage.

If you are looking to purchase a gun for self-defense, then this article will walk you through the basics of self-defense ammunition.

Practice vs. Target vs. Self-Defense Ammo

To understand what self-defense ammo is, you need to understand the other types of ammo as well. 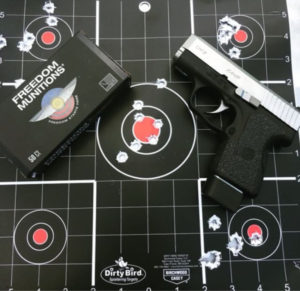 First things first, practice ammunition (or “dummy rounds”) is the type of ammo that you use during gun practice. The anatomy of such a bullet is simple: obviously, it has to go with a bang – but practically, all it needs to do is to make a few holes on a target and maybe make some noise when it hits.

This is why manufacturers don’t use anything but the basic, inexpensive stuff when creating the bullet. This ammo will use cheap powder, bras, alternative metal cases – in a manner that is as simplistic as possible.

Since their only purpose is to make a hole in a paper, they won’t be doing anything fancy upon hitting a live target. The result? If you try to shoot an attacker with this type of bullet, they may just pass through and not cause any fight-stopping damage. Even worse, if that bullet passes through, you might just risk shooting someone that you don’t want to.

Target ammunition is based on the same principle as practice ammunition – only that the materials used are not that cheap. Their purpose is to hit a target and cause fighting-stopping damage. However, this kind of ammo can also pass through the target – and unless the gun owner is a very good shooter, the chances are that you might miss the vital organs – or any other point that you are aiming at. 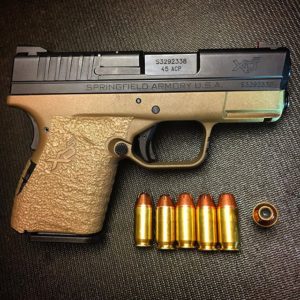 So as to retain these qualities, manufacturers of self-defense ammo need to pay special attention to the components of such a cartridge:

To put it plainly, self-defense ammo can cause harm to your target, even if you are not the best of shooters. They are appropriate for close-range shooting, proving visibility to the gun owner and causing enough damage so that they can escape.

Self-defense ammo is more expensive than the other types – so anyone who would pick this type of ammo would need to make a small investment. However, it is a small price to pay when you are in a situation where your life is on the line.

So, aside from the basics mentioned above, how do you choose self-defense ammunition? The easiest, surefire way (pun intended) would be to learn about what your local law-enforcement institutions use. Generally, they also use self-defense ammo – mostly for its ability to bring down a target.

Furthermore, it is safe to say that before committing themselves to such a great responsibility, they have done a lot of research for it. Plus, they have been trained in this respect – so you can say that they know what they are doing.

Last but not least, you should steer yourself towards ammo brands that have a strong reputation – such as Remington, Federal, Winchester, or Sig Sauer. This way, you will have fewer risks of damaging your gun or injuring yourself by mistake.

Who Should Buy Self-Defense Ammo?

Needless to say, those who buy self-defense ammunition are those who have reason to fear for their safety. This type of ammo is good for people who are not that good shooters since it can expand and penetrate a target more efficiently.

Self-defense ammo is a good option for those who do not use their gun on a regular basis – since it is more resistant to humid temperatures. However, you will have to shoot the gun every few months to ensure that the gun doesn’t get “rusty” with the bullets inside.

Self-defense ammo is a good option for those that do not have superior target abilities. However, while they may be a good option for “newbies,” you may still want to invest in some practice ammo as well and shoot some rounds. If you are ever forced to use your gun for self-defense, you might want to get used to the feeling first.

What Is Self Defense Ammunition and Who Should Buy It?
talon November 28, 2018December 4, 2018 TALON 6 Comments

6 thoughts on “What Is Self Defense Ammunition and Who Should Buy It?”